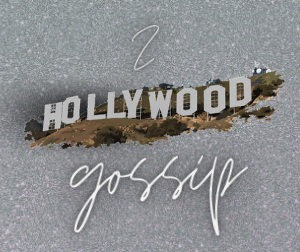 Lewis Capaldi and former One Direction star Niall Horan were recently in Dublin, Ireland when they came upon a street performer. Louis and Niall took over the mic and put on an impromptu performance. Fans quickly gathered and went wild

Cardi B tells Insider.com that she has never hired a nanny for her children. “I couldn’t even think about getting a nanny because I was afraid of anybody being around my kids besides my family. I’ve never had a nanny for them. It’s not that I don’t trust nannies, it’s just that I want to do everything myself. I want to be a very hands-on momma.”

Kim Kardashian and Pete Davidson have broken up after nine months of dating. A source tells the magazine, “They amicably split this week.”

Kevin Federline tells ITV that Britney Spears hasn’t seen their sons in months. “The boys have decided they are not seeing her right now. It’s been a few months since they’ve seen her. They made the decision not to go to her wedding. They were happy for her and wished her the best.

Britney responded to the interview by posting: “It saddens me to hear that my ex-husband has decided to discuss the relationship between me and my children… As we all know, raising teenage boys is never easy for anyone… It concerns me the fact that the reason is based on my Instagram… it was LONG before Instagram … I gave them everything … Only one word: HURTFUL.”

Britney’s husband, Sam Asghari, posted, “There is no validity to [Federline’s] statement regarding the kids distancing themselves and it is irresponsible to make that statement publicly. The boys are very smart and will be 18 soon to make their own decisions and may eventually realize the ‘tough’ part was having a father who hasn’t worked much in over 15 years as a role model.”

Dolly Parton refuses to ride the new $25 million Big Bear Mountain roller coaster at her Dollywood theme park. She says, “You know I’m not going to get on that. If I get on that thing you’d find my wigs on one of those trees.”

BTS Appointed As Embassadors For The World Expo 2030