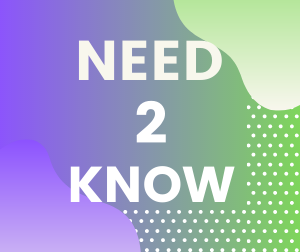 There are 201 days remaining until the end of the year


There are 6 days left until Father’s Day

There are 21 days left until Independence Day

– AAA says gas prices hit a new record high yesterday when they reached an average of $5.10 per gallon. That’s up 16 cents from a week ago.

– Entertainment Tonight says Jennifer Hudson earned an EGOT (Emmy, Grammy, Oscar, Tony awards) last night after winning a Tony Award for producing the hit show ”A Strange Loop”. It won for Best Musical. Jennifer not only has a Tony Award, but also an Oscar- two Grammy and a Daytime Emmy

Doja Cat tells”she’d like to try her hand at stand-up comedy one day.”

Pete Davidson is going to star in the next Fast and the Furious movie.

Britney Spears has gotten a restraining order against her ex-husband, Jason Alexander. He tried to crash her wedding and reportedly was armed with a knife.

NETFLIX ANNOUNCES SECOND SEASON OF ‘SQUID GAME:’ According to Deadline, Netflix revealed on Sunday (June 12th) that Squid Game would be back for a second season.

75 MILLION SWEAT OUT HEAT ADVISORY: It was 123 degrees in Death Valley yesterday.. It reached a record 114 degrees at the Phoenix airport. the heat wave moves east towards the Mississippi Valley and the Carolinas.

TOP TRAITS WE GOT FROM OUR DAD … According to a survey of 2,000 men by Omaha Steaks

Male Survey: ”Father’s Day is Sunday. At what moment did you realize that you had become your father? What funny situation occurred? How did you handle it?”

DoorDash Driver Botches McDonald’s Marriage Proposal: The Daily Star says a Canadian McDonald’s customer, who wishes to remain anonymous, recently had his marriage proposal botched by a DoorDash driver. The customer ordered a large meal from McDonald’s and had them include a note that read: ”Will you marry me Kim?” The DoorDash driver delivered the meal to the wrong address. The incorrect recipient posted: “So I ordered McDonalds via DoorDash and found this in the bag. Not only did the DoorDash driver get my order wrong, but I think he messed up some poor dude’s plans.”

A company in North Carolina Wants To Fill Your Home With Cockroaches: WITI says a pest control company is offering families $2,000 to allow them to unleash 100 cockroaches in their home. The Pest Informer is conducting a study to see if their new technology gets rid of cockroaches. The experiment will last for 30 days. They are looking to fill five homes

Man Builds Movie Theatre For Squirrels: The Daily Mirror says Jason Lenzi, of Detroit, Michigan, recently built a movie theater for squirrels. The movie theater has handmade movie posters, a concession stand and a movie screen. Jason used an old tablet for the screen and puts nuts in his concession stand. He installed four cameras in the theater to monitor the squirrels.

The full moon on June 14th is no ordinary moon! The last full moon of spring, or the Strawberry Moon, is also a supermoon, meaning it will appear larger in the sky.

The Strawberry Moon marks a time to harvest ripening strawberries

What if a doctor could print you a new kidney? This might be a reality within 10 years thanks to 3D organ printing, according to Jennifer Lewis, a Harvard University professor.

Every day, 17 people pass away waiting for an organ transplant, a problem printing organs can help solve. Printing organs starts with extracting a patient’s own cells, then growing those cells inside an incubator. Then, the cells are used by a printing chamber to create a new organ.

A marble slab in storage turned out to be an ancient Greek yearbook
Researchers in the United Kingdom have found that an ancient Greek inscription on a 2,000-year-old marble tablet is actually something resembling a yearbook for a graduating class, according to a new translation. The inscription sat in the National Museums Scotland collection for over 130 years without being properly looked at until researchers discovered the document, and was recently translated by the organization Attic Inscriptions Online. 31 names, some of them are nicknames, indicate a sense of camaraderies for part of a class of men that finished their year long military and civic training under the Roman emperor Claudius who ruled between A.D. 41-54.

Wilford Brimley was only 49 when he starred as a grandfather in “Cocoon”.  For comparison’s sake, Tom Cruise turns 60 on July 3rd . . . and is still starring in action movies.

HIGHLIGHTS:  A list of shocking reasons actors were rejected for a role includes Andrew Garfield not being handsome enough to play Prince Caspian in the “Narnia” movies, and Robert Redford being TOO handsome to star in “The Graduate”.

FULL STORY:  Actors get rejected for roles all the time, obviously.  But sometimes the reasons are odd, unexpected, and even shocking.  Here are some examples:

(Chris’s audition tape leaked, and became LEGENDARY.  It really is bad, and he freely admits it.)

Today’s Mindbender: “Men are 11 times more likely than women to brag about this. What is it?”

Answer: how good their lawn looks