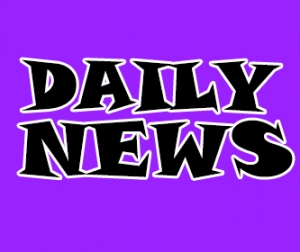 Post Malone recently took a break from social media. He posted, ”A platform is a terrible thing to waste, especially in times of heartache in our country and the entire world, and especially when someone has the ability to speak out. Over the past few months I have been trying to distance myself from social media for my mental health

Megan Thee Stallion tells Rolling Stone magazine that she is determined to earn her degree. “My grandmother would be very [mad]

Carole Baskin is going to take over Joe Exotic’s Oklahoma zoo. She won a $1 million judgment against Joe and his mother several years ago. Carole went to court and said the transfer of the zoo land to Joe’s mother and Jeff Lowe was fraudulent. The judge agreed and gave Carole control of the land to satisfy the $1 million judgment. Jeff Lowe has 120 days to vacate the property

a 20-page love letter that Michael Jordan once wrote to actress Amy Hunter was recently auctioned off for $25,703. The letter was first sold in 2014 for $2,560. Its value increased because of the ESPN docu-series ”The Last Dance.”

The music industry is planning to stage a blackout, a day where business activity is ceased and no new music is released, in the wake of George Floyd’s death.

Lady Gaga has been wearing seven-inch pink high heels while promoting her new “Chromatica” album. The platform shoes have a hologram look to them

Ed Sheeran and his friends have been brewing beer at his home during the coronavirus pandemic.

Halsey joined other George Floyd protesters on the streets of Los Angeles on Saturday. She was protesting peacefully when police officers fired rubber bullets in her direction. She was struck twice, but is okay

Pharrell is selling one of his Los Angeles homes for $11.9 million. The home has won several architecture awards and was built in 2007. It has a pool, a guest house and views of the city

Demi Moore may move in with Bruce Willis and his wife, Emma.

Cher is on the prowl for a new boyfriend.

Tara Reid tells OK! magazine that her goal is to win an Academy Award.

Megan Fox dumped Brian Austin Green for the first time in 2015 when he was seriously ill with a stroke-like syndrome, Page Six reports. Green was reportedly ill and unable to move when he she decided to hightail it. Though they reconciled, she dumped again recently. 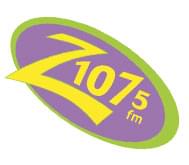