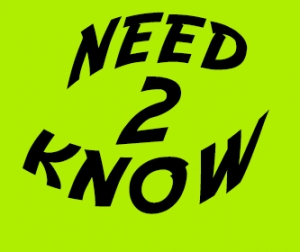 There are 311 days remaining until the end of the year

There is 1 day remaining until Mardi Gras

There are 13 days remaining until Daylight Saving Time Change .. Spring Ahead

a “Friends” reunion special is officially being developed for HBO Max. The show’s six main stars and its original creators are developing the special because the show is moving from Netflix to HBO Max in May.    the “Friends” reunion might be turned into a 12-part series.

HOT RUMOR:  Netflix may revive ”Sex and the City” without Kim Cattrall

– Variety magazine says another Star Wars movie is being developed. The producers won’t reveal any details about the characters, location, or time frame within the Star Wars galaxy

– Raw Story claims Donald Trump and Michael Bloomberg are continuing to fight. Over the weekend, Bloomberg purchased a giant billboard on the Las Vegas Strip that read: ‘Trump cheats at golf’.

– People magazine says Quentin Tarantino and his wife, Daniela, are the proud parents of a new baby boy. The child was born on Saturday in Israe

McDonald’s is getting ready to celebrate the 50th anniversary of the Big Mac with all kinds of merch, included candles scented with the six Big Mac ingredients–bun, ketchup, pickles, cheese, onion and beef! And that’s not all — McDonald’s also released a line of merchandise that includes mittens, calendars, lockets, t-shirts, stickers and pins.

Kobe and Gianna Bryant’s memorial will take place today at the Staples Center in Los Angeles.   10 a.m. local time (1 p.m. ET), with it still unclear who will be speaking. It will be aired live on NBA TV, and there will also be livestreams on Facebook, YouTube, Twitter and other outlets, according to the Lakers’ website.

A study says smartphone addiction changes the size and shape of the brain.

“The Voice” returns tonight.  Nick Jonas is on!!!

Salt N Pepa is releasing their own makeup collection.

Travis Scott’s new Nike sneakers sold out in one day on Saturday. The SB Dunk shoes are white, tan and black with a pink Nike swoosh

Justin Bieber performed at Kanye West’s Sunday service yesterday. He sang ‘Never Would Have Made It’ by Marvin Sapp

Hooray for Hollywood: Here are this past weekend’s box office results.

Soldier Stationed In Iraq Busts Chicago Thieves with Doorbell Cam: The NY Daily News says a Chicago-area soldier, stationed in Iraq, recently busted two burglars on his doorbell camera. Richard Wharton got an alert on his phone that Andres Gutierrez and Brandon Shaw were breaking into his Park Ridge, Illinois house at 2:30 a.m.. He called the Park Ridge Police before they immediately responded and busted Gutierrez and Shaw. They took power tools from Richard’s garage. Both men were charged with burglary.

Zamboni Driver Plays Goalie And Wins Game For Carolina: ABC says a Zamboni driver, named David Ayres, was in the crowd during the recent Carolina Hurricanes-Toronto Maple Leafs game when Hurricanes goalie James Reimer went down with an injury. David works for the NHL as an emergency goalie. He was called into action and suited up for the Hurricanes. The 42 year-old helped the Hurricanes beat the Maple Leafs 6-3. David got paid $500 for the game and was allowed to keep his jersey.

Toy Poddle Is Okay After Being Dognapped By GIANT Hawk: WTAE says a toy poodle is back home in Allegheny County, Pennsylvania after it was dognapped by a hawk. Deborah Falcione was on her back deck with her dogs when the hawk swooped in and grabbed Porschia. A day and a half later, the Banfield Pet Hospital called Deborah to tell her they had Porschia. She was found by a neighbor after the hawk dropped her four blocks away. Porschia has no broken bones and is okay.

Demo Company Tears Down Wrong House: WFAA says a Dallas, Texas demolition company recently tore down the wrong house. The company’s owner says the house did not have an address nor did it have power or gas so they thought they were tearing down the correct dwelling. The company drove a bulldozer through the house before realizing they had the wrong address. The company plans to rectify their error.

The NY Post says researchers at a Minnesota food technology company, called Calyxt, have created healthy, low-fat French fries. Their oil is made from modified soybean plants and is similar to a healthy olive oil. Food cannot be fried in olive oil because the oil burns at high temperatures. Food can be fried in Calyxt’s oil because it is made with soybeans

When they first came out, STOP signs were yellow. (Yes)

Trinity College in Durham,  be changed to Duke University

DIAMONDBACKS PITCHER BUMGARNER HAS BEEN COMPETING IN RODEOS UNDER ALIAS: One sport apparently isn’t enough for Arizona Diamondbacks pitcher Madison Bumgarner, who’s been competing in rodeos under the alias Mason Saunders, according to a story yesterday in The Athletic, which said he won $26,560 in a team-roping competition in December. The 2014 World Series MVP told The Athletic he’s been competing under the alias for a while, and that he’s been roping since he was 15 or 16 years old, explaining, “it’s just part of who you are.” Bumgarner said he’s often recognized at rodeo events, but he competes under the Mason Saunders alias to keep a low profile.

It seems having too much information actually drives people to make worse decisions compared to having less information. Stevens Institute of Technology researchers found when people had too much information about something they became less confident in their choices and then made worse decisions, which suggests that their prior knowledge of the topic got in the way of choosing the best outcome. Study leader Samantha Kleinberg says, “In situations where people do not have background knowledge [and are given more information], they become more confident with the new information and make better decisions. So there’s a big difference in how we interpret the information we are given and how it affects our decision making when it relates to things we already know vs. when it’s in a new or unfamiliar setting.” She says the solution is to better understand what people already know and tailor the information given to them (about health, for example) based on that.
(EurekAlert!)

You’ve seen people re-purpose Christmas trees into Halloween trees, and now people are making them into St. Patrick’s Day trees, too. Most choose a traditional green or white artificial tree, and decorate them with ornaments, particularly those that look like shamrocks, rainbows, leprechauns, and gold coins. Some even top their tree with a giant shamrock or leprechaun hat. Have you ever decorated a tree for a holiday other than Christmas?

Extra Clue: nothing to do with Emails or messages